skip to main | skip to sidebar

Being (and Time) Able to Read Derrida

Posted by crookedletter at 11:10 AM No comments:

are looking for a place in the brain where creativity lives.

More later.
Posted by crookedletter at 8:23 AM No comments:

A passage from Majestrum by Matthew Hughes

This entry is only sort of for the class and may perhaps be a way into continuing with this blog.

I spoke to my inner companion, "Were you listening to my conversation with Warhanny?"
"No," he said, "I was clumping."
His answer disturbed me slightly. I was not sure I like the idea of half of my mind being engaged in activities I had never heard of. "And what is clumping?" I said.
"An intuitive exercise. I throw a scattering of facts before me and then look to see which ones attract each other and which repel."
"By what rules?" I said.
"If I had rules for it, it wouldn't be intuitive. It would be analytical, and I would be you."
"Have you always done this, this clumping?"
"I suppose I must have," he said. "It seems a familiar exercise."
Which meant that through all the years that I had prided myself on the precision of my intellect, the portion of it that had operated out of sight, in the rear pastures of my mind, had been playing an entirely different game."
Posted by crookedletter at 7:52 AM No comments: 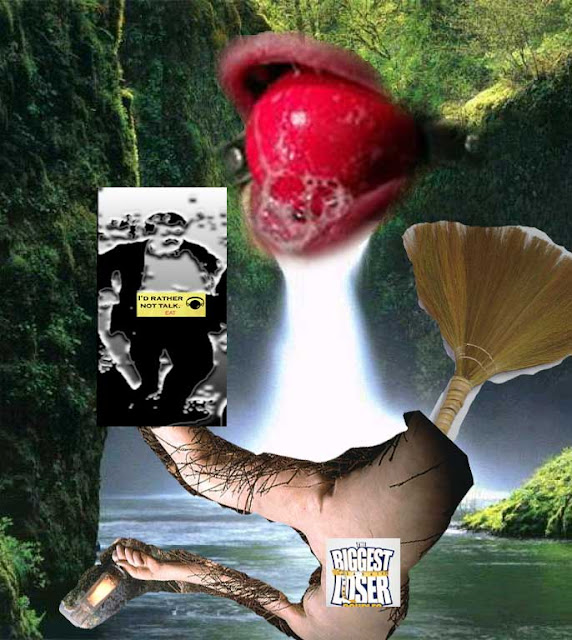 Posted by crookedletter at 1:10 PM No comments:

I woke up this morning with Tori Amos's song Happy Phantom running through my head. One verse captures of the flavor of something I want 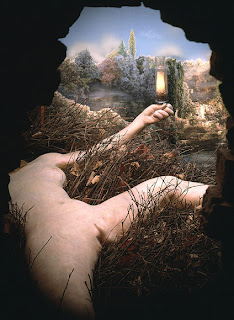 And then I read an e-flux email about an upcoming "multidisciplinary event" inspired by Marcel Duchamp's last major work that has viewers look through a peep hole in a wooden door at an landscape, Etant donnés: 1° la chute d'eau, 2° le gaz d'éclairage in which what I presume must be a quote from Duchamp is used a the title for of an exhibition, I want to grasp things with the mind the way the penis is grasped by the vagina.


I then went in search of a definition for bachelor machine and found a section of an essay by Nell Tenhaaf in a book called Feminism Art Theory that talks about bachelor machines, Duchamp, Deleuze & Guattari and ends with a fluid image.


To speak from this fragmentary and fluid feminine place is to see that the strange conjuncture of technological mastery, autoerotic pleasure and nihilism of the masculine machines might be thought of differently. It might be thought of as a mythical territory to be reclaimed by the desiring bride.

Granted, these words/images resonate with me for reasons beyond this project, this Part II. Yet there is some reason that I think they belong in my blog. They somehow are part of my rehearsal. One of the things that I think Dean's discussion of the rehearsal does not show well is the ways that multiple threads of associative appropriations, that may seem off topic, that are not bound directly up in Dean's first story/second story, set up/punch schtick, add some oomph to a routine.
Posted by crookedletter at 6:25 AM No comments:

Some rehearsing: A bit (not) to taste

While taking notes on the essays in Appropriation (I worked from later sections to earlier sections in reverse order), I came across an image in Breton and Eluard's essay The Object of a ball.
"Objects with symbolic functions were envisaged following the mobile and silent objects: Giacometti's suspended ball which reunited all the essential principles of the preceding definition, but still retained the methods proper to sculpture." (A, 31).
I have been thinking about mouths open and closed, and ways they might be forcefully opened or closed, as a central image for my routine. The image of Giacometti's ball made me think of ball gags, which are an intense way for mouths to be forcefully open and yet blocked. The item is question can help elicit many different moods- it can be used to make a scene tragic, dangerous, sexy or comedic.
Image from t-shirt found online of ball gag and a slogan of sorts. 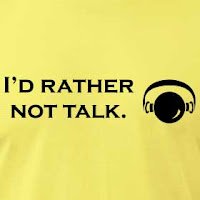 More often than not images of ball gags are used for comedic effect. Episodes of the recently canceled Ugly Betty had a "love dungeon" stocked with clothing and sex toys associated with S&M sex culture. Paddles, whips, ball gags are all props that poke fun at the excesses of two magazine tycoons, Fay Summers and Bradford Meade. The audience is supposed to find this funny because Fay and Bradford are powerful and because they were old and still "getting it" on this non-normative way. Part of the humor comes from the transgressions of implied "shoulds." The powerful should be in more control of themselves (S&M despite being all about control tends to symbolize lack of control/excess when used comedically). The old should not be getting it on.   I think this is similar to how fat people are used in our popular media- they are often used for comedic effect, and it involves all sorts of shoulds.
This is important because our policy issues boil down to arguments about what we should and shouldn't do.
Giacometti's ball lead to me to ball gags. The image of the mouth forced open but blocked is potent. I began searching for images of ball gags. I specifically wanted images of men's mouths opened and blocked with the ball gag. It is surprising to me, especially considering the ration of submissive men in S&M culture, that a Google image search did not turn up many images of men with ball gags in their mouths in the first few pages- and I was specifically querying "men with ball gags in their mouths." But it did turn op the image of the t-shirt that I inserted above (I'm not sure if every one will see this as I laid it out due to folks email programs).
And it turned up an image labeled "The Fat Man's Ball." 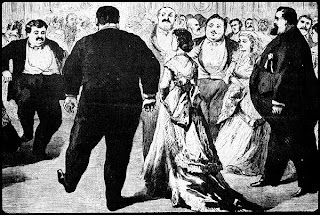 I decided to try to put them together in some way. The Fat Daddy Capitalists- here a figure of satire- with the sly, slightly witty slogan professing membership in a S&M sex culture. But first I wanted to be about both food and speech.

And then I wanted the slogan to be like a cummerbund on one of the "fat daddy" figures which I made into a melting mass- sort of a homage to Cadmus's images of Gluttony. Obviously, my photoshop skills are limited, but it gets a bit of the effect I want.
Posted by crookedletter at 9:17 PM No comments: 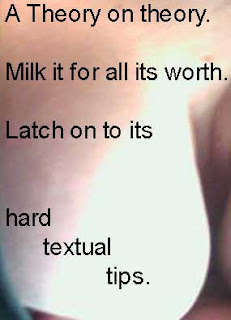 In the mode of comedic unhinging to crack up critical thinking, in the manner of a Barbara Kruger piece.
Posted by crookedletter at 8:16 AM No comments:

About This Here Blog

crookedletter
Gainesville, FL, United States
A blog originally started just so I could post on another class blog,long long ago, repurposed as a heurectical (not heretical) exercise to develop a "concept" (in the Deleuze and Guattari sense of the word) about a yet undetermined specific policy issue related to obesity and public health.